Make a candle with 2 ingredients you already have

Last month, my cousin posted on social media this picture of orange candles that she made by using 2 ingredients: an orange and olive oil. 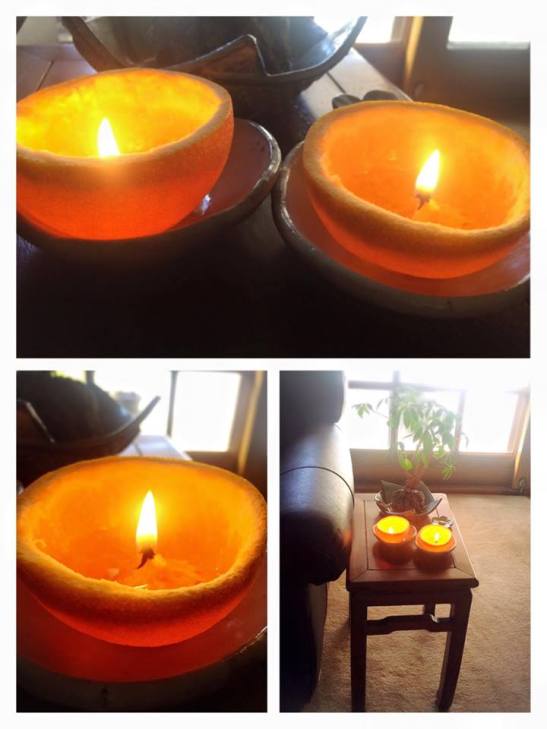 Hey, I have an orange tree and olive oil. I can make that! Looks easy enough, right? 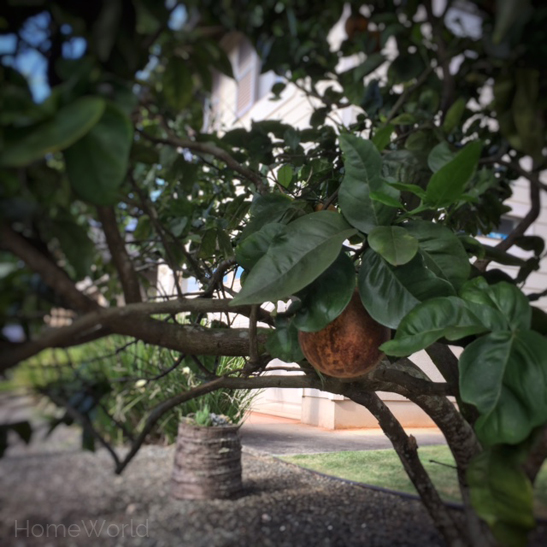 WRONG! It’s not as easy as it looks. I’ll tell you why a little later.

First, cut through the peel of the orange, but not the fruit. Next, using your finger, loosen the peel. 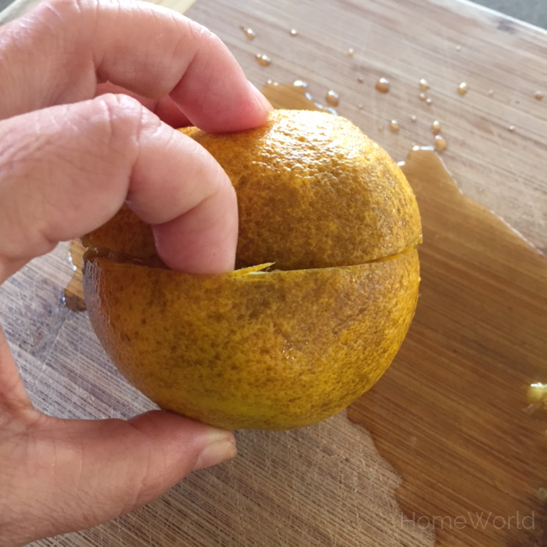 If you are familiar with local Hawaiian oranges, it’s difficult to separate the peel from the fruit. Eventually I had to use a knife and a spoon. 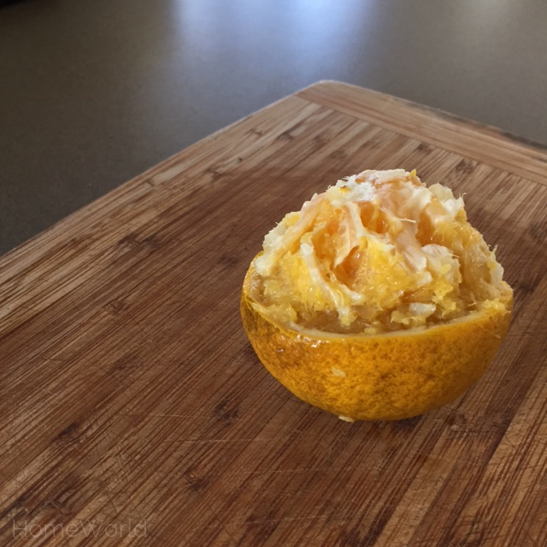 Okay so my fruit got a little mutilated, but I still was hopeful.

Do the same for the other half and gently remove the fruit. 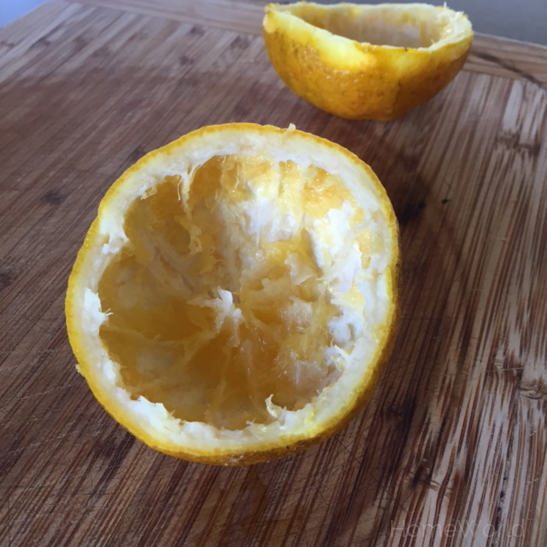 This was actually my second orange attempt. The key is the middle stem which will be used as the wick. As you’ll see later, this one was too small.

Next, fill the peel cup with olive oil and light the wick. 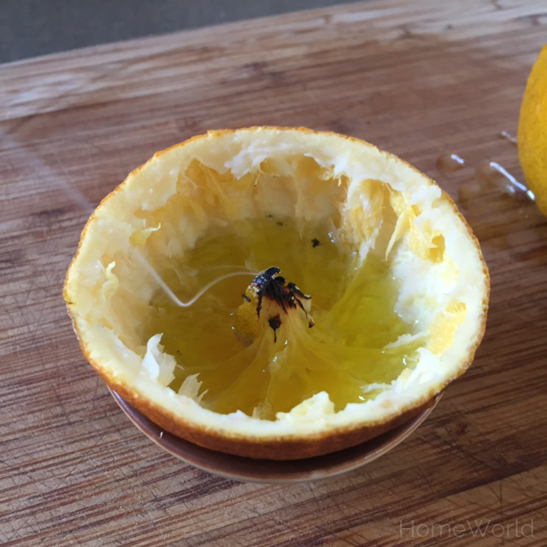 Why won’t you light?

This was the hardest part! The orange wick just wouldn’t light even though I used a lighter. After nearly 10 minutes all I got was a small streak of smoke.

So I tried one more time with a third orange with a longer wick. 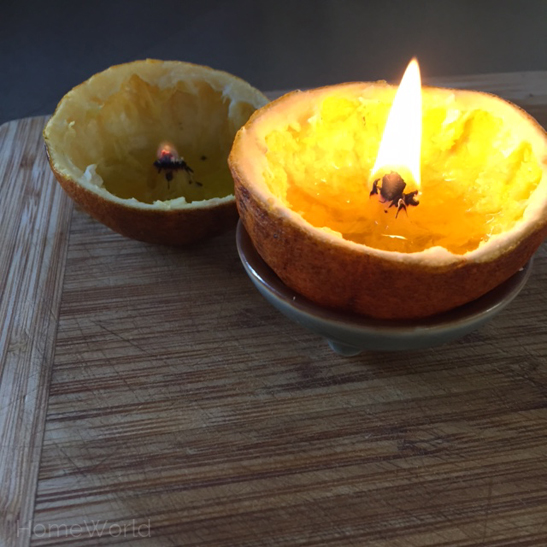 Finally light! The second failed orange is in the background. 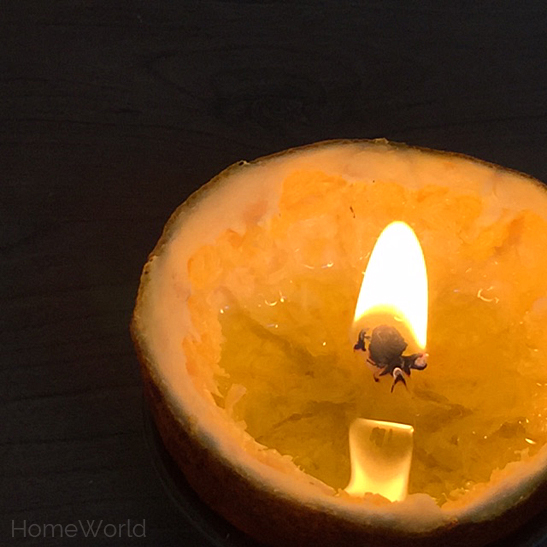 The orange candle burned for 2.5 hours, until it ran out of olive oil. I think if I had more olive oil, it would have lasted longer.

That gave me time to clean up. 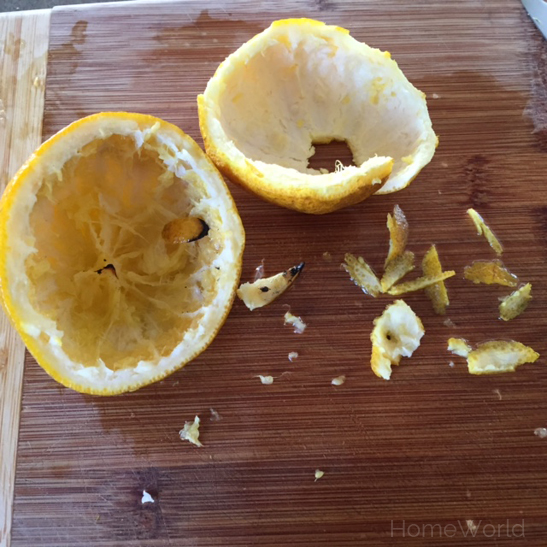 Even with all the work, I’m glad I tried it. I hope you learn from my mistakes. And don’t forget to never leave your candle unattended.

Apartment Therapy| Saving the world, one room at a time
Bringing together stories, rooms, life.
The Design Geek
SlumberWorld